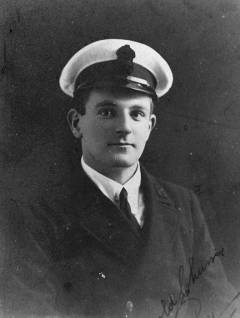 Roy Alexander was the son of Thomas and Isabella Alexander he was born in Ramarama on the 17 January 1897.  Before the war he worked for A T Burt Plumbing Merchants and lived in East Tamaki with his parents.

He left New Zealand to join the Royal Navy Patrol Service in November 1916 and in November 1917 he was promoted to Chief Motor Mechanic.  He served on various Motor Boats such as the Hermione, Victory and Arrogant.  In 1918 Roy Alexander was serving at Dunkirk, assigned to rescue work, making smoke screens and  laying smoke floats for the raids launched at Zeebrugge and Ostend.  During the raids on the 22-23 April 1918 one of the largest carried out by the Royal Navy Patrol Service (RNPS) Roy Alexander was awarded the Distinguished Service Medal.  Unfortunately Roy was wounded during the raid and died as a result of his wounds in South End Hospital in England.  He is buried in the Southend on Sea Cemetery.

Vice Admiral Roger Key praised the efforts of the RNPS that supported the warships during the operations making a point to note 'the skills and coolness of the men who manned these craft while under heavy fire'.

The link below is to an article on Roy Alexander in the White Ensign Magazine.  Next to the article on Alexander is another interesting article worth reading.
//www.navymuseum.mil.nz/downloads/pdf/white-ensign/the-white-ensign-magazine-issue-4-2008.pdf 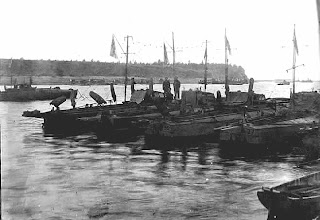 Coastal Motor Boats like the ones Roy Alexander served on during WW1
Posted by Helen Vail at 2:36 PM