The Battle of Broodseinde on 4 October 1917 was a comprehensive victory for the allies.  The New Zealand division was given the task of capturing the Gravenstafel Spur on the Broodseinde Ridge.  They fulfilled  their task admirably but at a cost.   At the completion of the battle the New Zealanders had 1,700 casualties including 350 deaths.

William Haigh Seaton was born in Grimsby, England the eldest son of Kemp and Jane Seaton.

He had emigrated to New Zealand with his parents and brother James in 1912.  The family set up home in Devonport and at the outbreak of war William was employed as an engineer working for the Union Company in Auckland.  William enlisted in November 1915 and embarked with the Auckland Infantry Battalion on 4 March 1916.  He marched into camp at Etaples, France on 24 April 1916.    At the end of July 1917 he was granted 10 days leave to the UK.  By this time his younger brother James had enlisted and embarked from Auckland earlier during the month of July.

Sadly the two brothers were not reunited in the UK as James disembarked in Plymouth on 24 September 1917 and William by then was already back at the Front.  Tragically William was killed in action on 4 October 1917 at the Battle of Broodseinde.  He was 27 years old.

James finally marched into camp at Etaples on 28 October 1917, this must have been a difficult time for him knowing that only weeks earlier his brother had been killed in action.  Even harder would have been the fact that William's body was never recovered so James had no grave to visit.

William is remembered along with the hundreds of other New Zealanders who lost their lives in Belgium during October 1917 and have no known grave on the Tyne Cot Memorial, Belgium.

"She faced them gentle and bold" - Nurse Edith Cavell 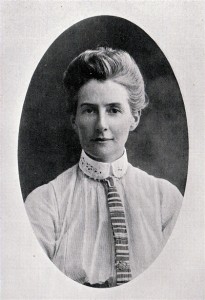 She was binding the wounds of her enemies when they came—
The lint in her hand unrolled.
They battered the door with their rifle-butts, crashed it in:
She faced them gentle and bold.

They haled her before the judges where they sat
In their places, helmet on head.
With question and menace the judges assailed her, “Yes,
I have broken your law,” she said.

“I have tended the hurt and hidden the hunted, have done
As a sister does to a brother,
Because of a law that is greater than that you have made,
Because I could do none other.

“Deal as you will with me. This is my choice to the end,
To live in the life I vowed.”
“She is self-confessed,” they cried; “she is self-condemned.
She shall die, that the rest may be cowed.”

In the terrible hour of the dawn, when the veins are cold,
They led her forth to the wall.
“I have loved my land,” she said, “but it is not enough:
Love requires of me all.

“I will empty my heart of the bitterness, hating none.”
And sweetness filled her brave
With a vision of understanding beyond the hour
That knelled to the waiting grave.

They bound her eyes, but she stood as if she shone.
The rifles it was that shook
When the hoarse command rang out. They could not endure
That last, that defenceless look.

And the officer strode and pistolled her surely, ashamed
That men, seasoned in blood,
Should quail at a woman, only a woman,—
As a flower stamped in the mud.

Edith Cavell was a British nurse who was executed in 1915 for helping Allied soldiers escape German-occupied Brussels during the First World War. Her death was highly controversial at the time.

On the coin are words from the poem above by Laurence Binyon called 'Edith Cavell' "she faced them gentle and bold"  I have not reproduced the whole poem and the link below will take you to a copy of the full version.  Laurence Binyon is well known for his First World War poem 'For the Fallen'.

http://allpoetry.com/Edith-Cavell
Posted by Helen Vail at 10:39 AM No comments: Links to this post

http://www.armymuseum.co.nz/museum-news/poignant-images-online/
Posted by Helen Vail at 2:37 PM No comments: Links to this post 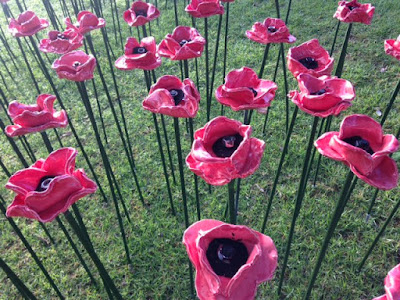 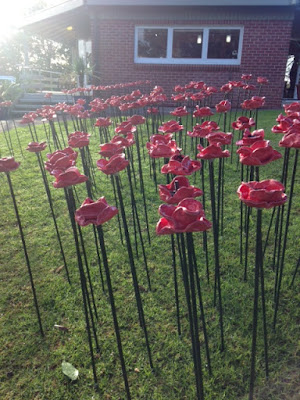 Posted by Helen Vail at 2:24 PM No comments: Links to this post 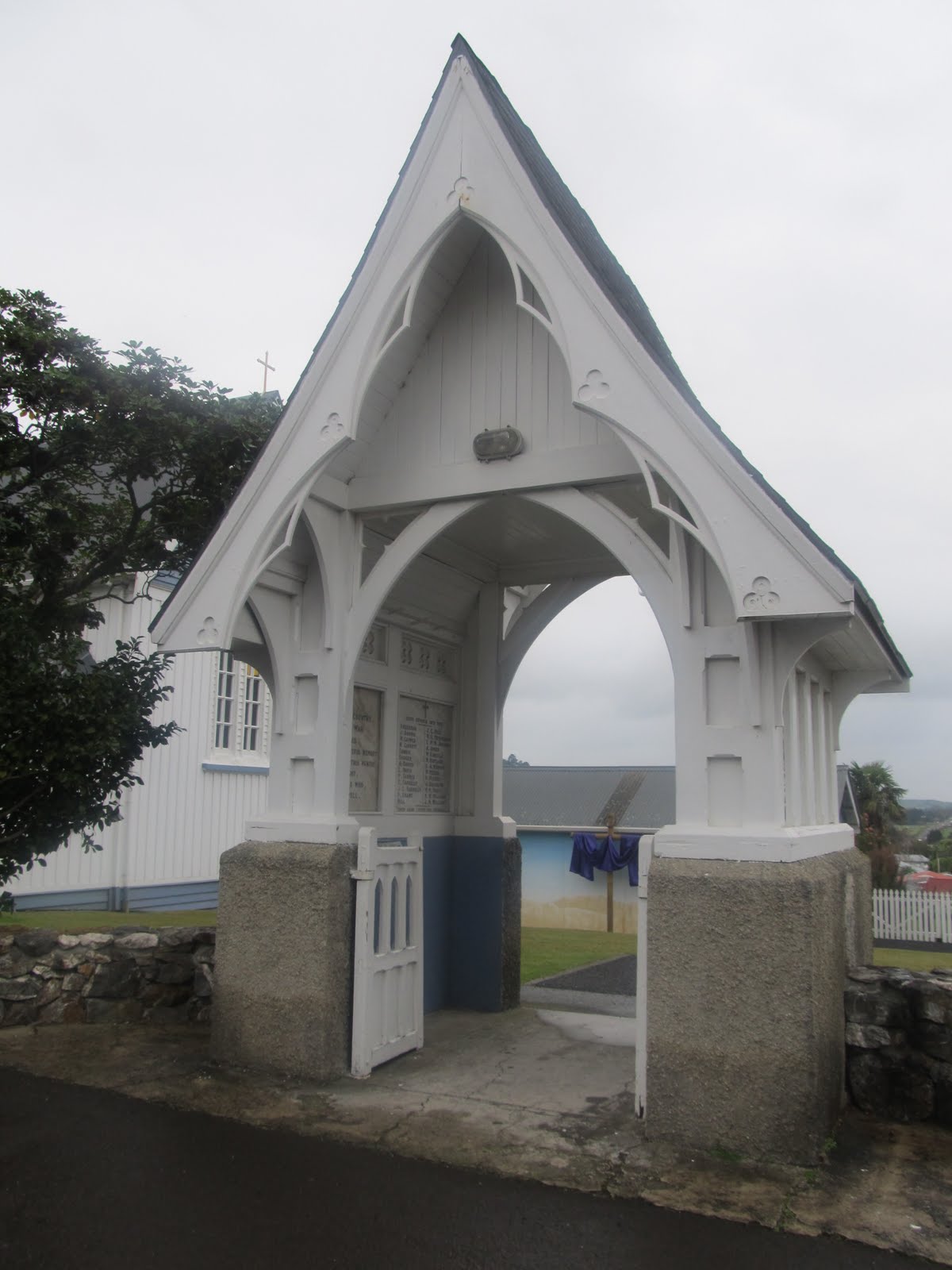 Posted by Helen Vail at 12:07 PM No comments: Links to this post 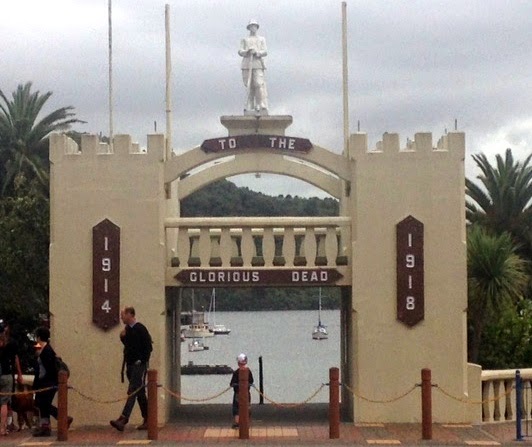 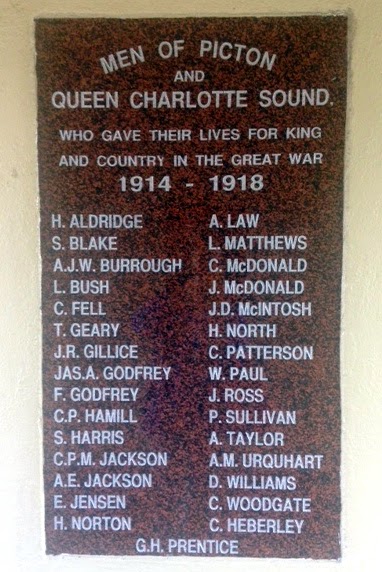 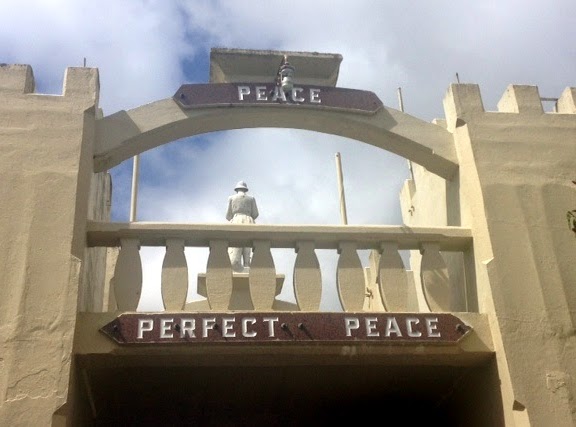 The Picton memorial was unveiled on 3 June 1925.
Posted by Helen Vail at 5:46 PM No comments: Links to this post