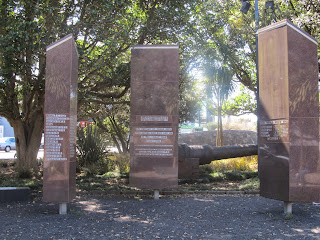 Inscribed on Newmarket’s, Auckland war memorial adjacent to the Olympic Swimming pools on Broadway are the names of three brothers Samuel Alfred Crowhurst, Arthur Frederick Crowhurst and Francis Ernest Crowhurst who together with two other brothers Victor Roy Crowhurst and Leslie Upton Clifford Crowhurst volunteered like thousands of others to serve in World War One.

The Crowhurst family was a large one living in Roxburgh Street, Newmarket where parents Samuel and Catherine Crowhurst (married in 1876) had a large family of 12 children all born in Auckland.  Today Roxburgh Street is an area of light industry and retail and it is hard to imagine families such as the Crowhurst’s living there.

Samuel and Victor Crowhurst were the first of the brothers to enlist both embarking with the Auckland Infantry Battalion on 17 April 1915, they were 25 and 22 years old respectively.  Before enlisting Samuel had worked for the New Zealand Railways in Mercer and Victor had been a civil servant and both were unmarried.  They served at Gallipoli and it was here the news of their brother Arthur’s death would have reached them.
Arthur Crowhurst enlisted in May 1915 aged 20 years old and whilst in training at Trentham camp he fell dangerously ill contracting cerebral meningitis (there was a mild epidemic of the disease at the time).  As a result he died in Wellington General Hospital on 8 August 1915.  His body was returned to his grieving family in Auckland and was given a military funeral at St Mark’s Church, Remuera where he was buried.

Samuel and Victor both now in France fought at the Battle of Messines at the beginning of June 1917 where Victor was badly wounded and invalided back to England.  Eventually he returned to New Zealand and was discharged from the army on 3 February 1918, no longer physically fit for service.

For devotion to duty. This non-commissioned officer established a strong point when his platoon officer and sergeant had been put out of action. When the post was established he kept the garrison together and hung on through heavy shellfire until relieved. The garrison was on several occasions buried by shell.
L.G. 16 August 1917, p8429, Rec No 938.

Tragically Samuel was later killed in action on 21 August 1917 at Ypres, Belgium, he was 27 years old.  His Military Medal was presented to his father on 12 March 1918 by Sir James Allen the then Defence Minister in a ceremony held at the Auckland Town Hall.   Samuel is buried at Mud Corner Cemetery, Comines-Warneton, Hainaut, Belgium. 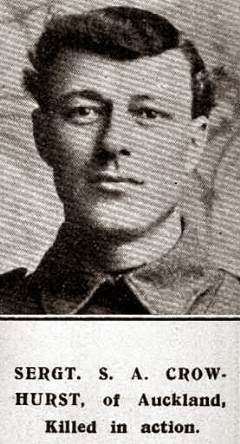 The presentation of Samuel’s Military Medal must have been a proud yet very sad moment for the Crowhurst family and unfairly more tragedy was to come.

The final two brothers Francis and Leslie embarked on 13 October 1917 no doubt still grieving the loss of their brothers.  Francis had not been at the front long when he was killed in action on the Somme on 20 April 1918.  He is buried at Bertrancourt Military Cemetery, Somme, France.

For his family back in Auckland the loss of another son was devastating.  Catherine Crowhurst their mother could not bear the loss of another son and consequently she appealed to the Military Board that her son Leslie be kept away from the front on the grounds that she had lost three sons in two and half years with a further being invalided back to New Zealand.  The board agreed and recommended that Leslie be removed, the Crowhurst family had suffered enough.

The Newmarket Council at the time decided to rename Portland Street (off Khyber Pass Road), Crowhurst Street in recognition of the family’s sacrifice.  Crowhurst Street today is a very different from when the Crowhurst family lived around the corner in Roxburgh Street. Despite the changes the name of the street remains an everlasting tribute to the sons of Samuel and Catherine Crowhurst. 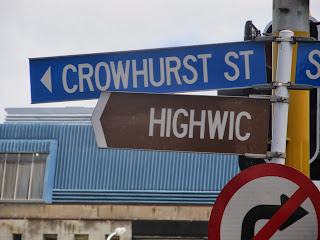 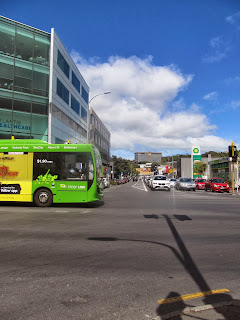 Crowhurst Street (2013)
Samuel and Francis Crowhurst are also remembered together with a cousin Joseph Edward Wood who was killed in action on 1 August 1917 in St Marks Churchyard, Remuera alongside their brother Arthur. 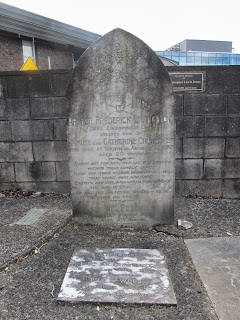 Mourn not for him, nor lay your hearts
Within that lonely grave
Think you those narrow bounds could hold
That spirit pure and brave;
Earth’s uniform discarded now beneath
The sod is laid;
He had his marching orders – as a
Soldier he obeyed.

For Victor Crowhurst the tragedy of World War One would repeat itself again in World War Two when he lost two sons Jack and Samuel Crowhurst who were both serving in the Royal New Zealand Air Force.  Samuel was shot down over Germany on 12 December 1941 and is buried at Reichswald Forest War Cemetery, Kleve, Nordrhein-Westfalen, Germany he was 21 years old.  Jack was killed in an incident on 14 January 1945 at Woodbourne, Marlborough and is buried at Hillsborough Cemetery, Hillsborough Road, Auckland, he too was 21 years old.

It would be great if a plaque could be erected somewhere on Crowhurst Street in remembrance of the Crowhurst family’s sacrifice especially with the centenary of World War one only around the corner.