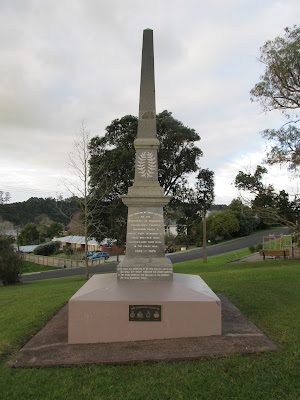 The Warkworth Memorial despite having no names inscribed on it still has a story to tell:
The idea of a memorial at Warkworth was raised early in 1919 by letter to the Rodney County Council suggesting that funds should be raised for the erection of a County memorial in Warkworth to 'our fallen soldiers' of the County.  The Rodney County Council suggested the initiative be put to the Warkworth Town Board and the idea of a County memorial did not seem popular.

Finally a meeting was called by the Warkworth Town Board with 13 persons present.  A committee was formed from the attendees with the aim of erecting a memorial to the fallen soldiers of Warkworth, Streamlands and surrounding districts.  The committee members were:

It seemed it would be impossible to get an accurate list of those who had served and fallen and as a result it was decided that an all encompassing inscription be sought instead.  Suggestions were called for by the committe but were short in coming forward.  In the local newspaper the committee printed several suggestions for the inscription so that people could choose the one they preferred.  In the end several inscriptions were used. 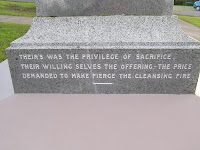 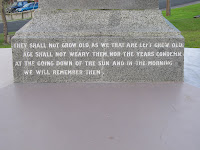 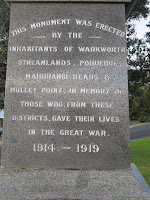 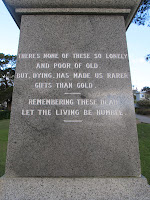 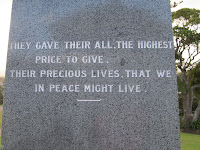 The Memorial itself was made of Coromandel Granite in a design submitted by Mason & McNab.  Despite the stone being ordered in April 1920 the delivery of the stone was delayed and did not arrive until November 1921.  In a twist of fate the memorial was erected on 11 November 1921 - Armistice Day and it was thought that this fact should be recorded on the Memorial. 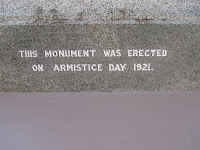 On the 25 April 1922 - Anzac Day, the memorial was unveiled on a wet and windy day.  Despite the weather a gathering assembled for the occasion including the school children of Warkworth, returned servicemen, friends and families of those who served and the officials including Mr Mander, Member of Parliament for Marsden who had the honour of unveiling the memorial.  In his speech he emphasised the importance of such memorials as:


"not so much for us and our children, but that our children's, children might remember what these gallant fellows had done and suffered for us"


The above information was sourced from the Rodney and Otamatea Times, Waitemata and Kaipara Gazette courtesy of Paper Past, National Library, Wellington.
Posted by Helen Vail at 11:53 AM