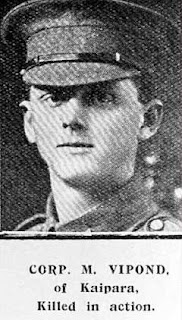 Mark Vipond left with the Main Body on the 16 October 1914 from Auckland with the Auckland Mounted Rifles.  He served at Gallipoli but was later killed in action in Egypt on 9 August 1916 aged 22.  He is buried at the Kantara War Memorial Cemetery, Egypt. 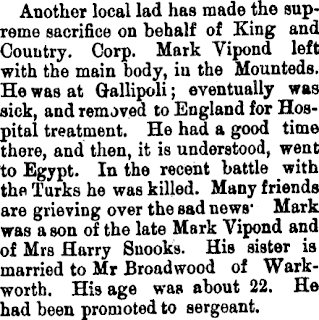