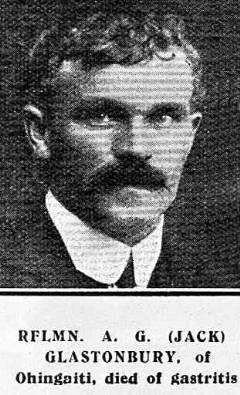 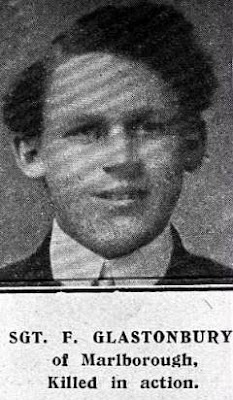 As the article above mentions the Glastonbury Family's contribution to the war effort was immense with a further three brothers serving Leonard, William Henry and Andrew Glastonbury all returned safely to New Zealand.
Posted by Helen Vail at 2:00 PM No comments: 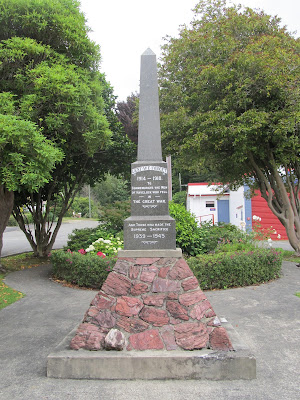 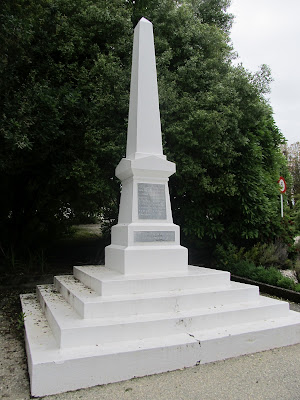 The Tasman War Memorial is outside the Tasman Primary School.  Many of the names on the Memorial are also recorded on the Mapua Memorial. 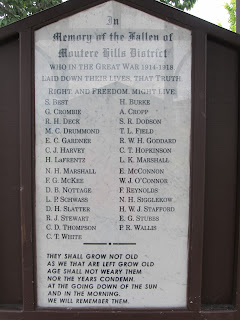 Mapua Memorial Plaque
I have very little information on both these memorials.  If anyone can shed some light on when the memorials were unveiled I would be most grateful.
Posted by Helen Vail at 3:36 PM No comments: 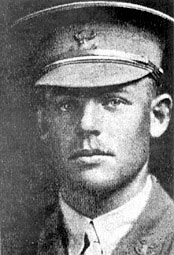 http://www.anzacs.org/pages/AOdeck.html
Robin Howell Deck was born on 6 September 1890.  He was the eldest son of Major Henry O'Brien Deck and Ethel Deck.  His father a doctor had served in the Boer War and during WW1 held a medical position at several military hospitals in NZ.
Lt. Deck had served with the 10th (Nelson) Mounted Rifles (his father had commanded this unit) before enlisting in December 1914.   He embarked with the Canterbury Mounted Rifles as part of the 3rd Reinforcements on 14 February 1915 only days earlier on 27 January he had married Mabel Skinner.
Lt. Deck was killed in action on the fraught attack on Hill 60 in the Dardanelles on 29 August 1915.  He has no known grave and is remembered on the Hill 60 (New Zealand) Memorial, Hill 60 Cemetery in Turkey.
His young wife must have been heartbroken having spent only days with her new husband before he left for war.  I found a letter printed in the 'Colonist' by Lt. Deck written to his wife Mabel the day before he was killed in action.  The letter gives a first hand account of the terrible conditions that the troops suffered.  The report also gives an account of an act of bravery performed by Lt Deck just before he was killed, which may have given some comfort to his grieving family.

Sourced from Papers Past, National Library of New Zealand
http://muse.aucklandmuseum.com/databases/Cenotaph/3837.detail?Ordinal=1&c_surname_search=deck
Posted by Helen Vail at 3:31 PM No comments: