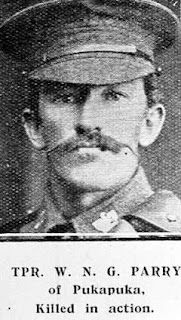 Trooper Parry was the son of John Glyn Parry and Annie Parry of  Pukapuka.  He embarked on 13 June 1915 with the 5th Reinforcements as part of the Auckland Mounted Rifles..  Before his final departure he came home on leave from the Trentham Camp in Wellington.  While on leave he was given a rousing farewell.

Rodney and Otamatea Times, Waitemata and Kaipara Gazette , 28 April 1915, Papers Past, National Library, Wellington
Trooper Parry served at Gallipoli but was killed in action in Egypt on 9 August 1916.  He is buried at Kantara War Memorial Cemetery, Egypt. 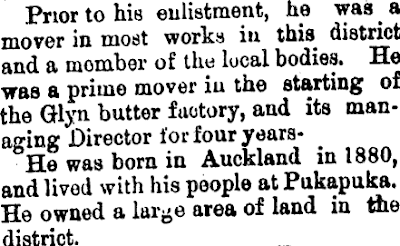 Papers Past, National Library, Wellington
His brother Ivan/Ivor Parry embarked with the Main Body on 16 October 1914 with the Auckland Infantry Battaltion.  I found a report by Parry which recounts his experience in Gallipoli: 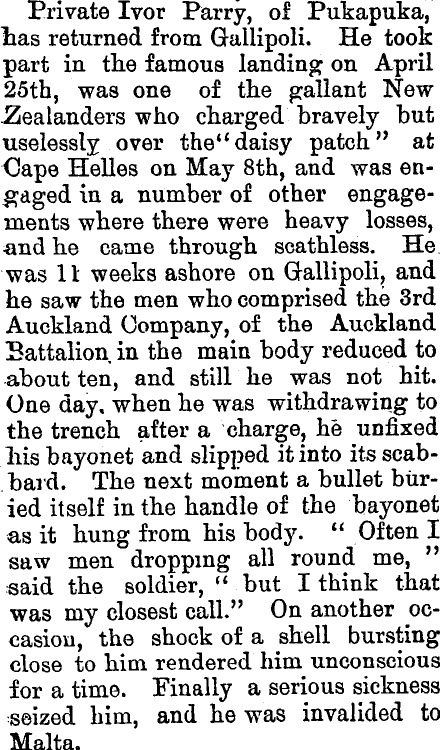