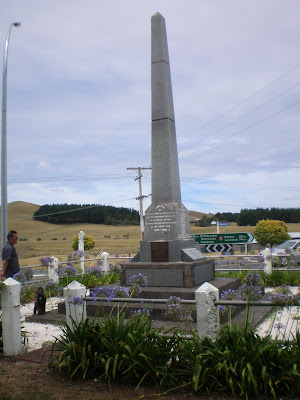 The Memorial at Maramarua was top of my list when I first embarked on this project.   For several years I have driven past this memorial on busy State highway 2 on my way to many summer and winter holidays. I have often than wondered how many men were remembered on this lonely war memorial.  In January 2011 on my way back from yet another summer holiday I stopped to photograph the memorial. There were sixteen men listed as killed in action from the surrounding areas.

Listed below are the sixteen men: