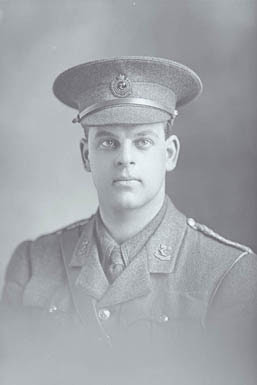 Before the war Major Devereux had been a clerk at the Farmers Trading Company.

Major Devereux embarked on the 14 December 1914 and landed at Gallipoli. He served in France where he was awarded the Military Cross  in November 1917.  The Military Cross  was awarded to junior officers and senior non commissioned officers of the Army for courage and devotion to duty on active service. He was recommended to take leave after excellent service and made a trip back to NZ. He returned to France embarking from NZ on the 9 May 1918.

He was killed in action on the 1 October 1918 in the attempt to capture the village of Crevecouer.  In John Gray's book 'From the Uttermost Ends of the Earth'  Major Devereux's death is mentioned as being part of one of the 'blackest occasions in the history of the Auckland Regiment' with 332 casualties including 74 killed.   Major Devereux was 28 year old and had been engaged to be married.  He is buried in the Flesquieres Hill British Cemetery, France.
Posted by Helen Vail at 11:22 AM