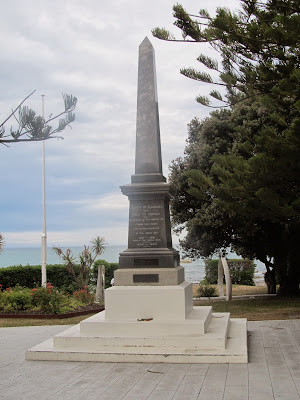 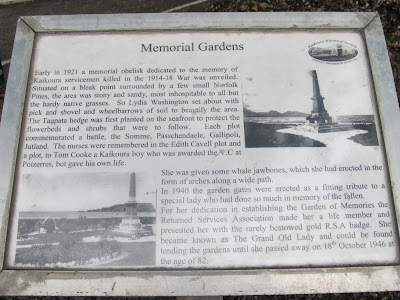 The Kaikoura war memorial has a commanding position on the waterfront and there is an interesting plaque which tells the history of the gardens which surround the memorial which were begun by Lydia Washington.  She had a plot which commemorated the battles of the Somme, Gallipoli, Passchendaele and Jutland.  There was also a plot for nurses in the Edith Cavell plot and one dedicate to Tom Cooke a local boy who won a Victoria Cross while serving in the Australian Army.  She tended the garden up until she passed away in 1946.
Posted by Helen Vail at 2:28 PM