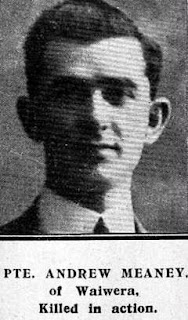 Private Andrew Meaney embarked with the 25th Reinforcements on the 26 April 1917 attached to the Auckland Infantry Regiment.  His war was short as he was killed in action on 22 October 1917 at  Ypres. 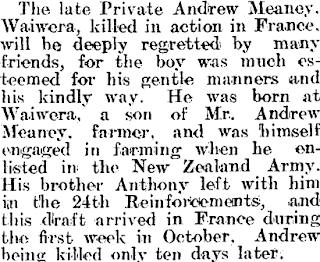