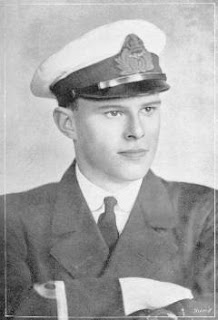 Thomas Grey Culling was born in Dunedin in 1896, he was the only son of Thomas and Fanny Culling.   His father had previously been the Mayor of St Kilda, Dunedin before the family moved to Auckland where Thomas attended Kings College in Auckland.

He was commissioned to the Royal Naval Air Service in January 1916 and after training in England  with only 59 flying hours under his belt he was accepted for overseas service.  He takes the honour of being the first New Zealand WW1 ace with six credited victories.  He was awarded the DSO in April 1917 - citation below:

Citation for Distinguished Service Order (DSO): "In recognition of his services on 23rd April 1917, when with two other machines he engaged a formation of nine hostile scouts and two-seater machines. Two two-seater machines were shot down, one of them by Flt Lieut. Culling unassisted." (London Gazette, issue no. 30147 published on 22 June 1917, p. 6256)

Sadly he did not live long enough to receive his honour is person.  Thomas was shot down on the 8th June 1917 and was one of the first New Zealand casualties in the air, he was 21 years old and is remembered on the Arras Flying Services Memorial which commemorates nearly 1,000 airmen with no known grave.  An account of his victories can be found at the link below: