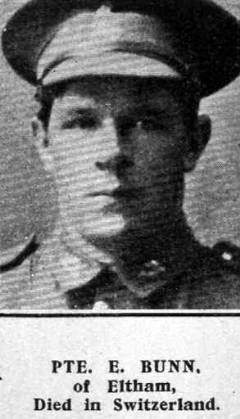 Private Bunn initially crossed my path whilst researching the Murchision Memorial in Otago.  Here is the link to his story http://100nzmemorials.blogspot.co.nz/2012/05/private-ernest-bunn-murchison-memorial.html

On further research an update to his story is warranted.   Private Bunn was captured at Fleurbaix on 21 February 1917 after a battaltion raid by the 2nd Aucklanders.  After the raid the Germans observed that the New Zealanders were attempting to rescue their wounded from No-Man's-Land and instead of firing on them ceased fire allowing the wounded New Zealanders to be rescued except those close to the German lines.  One can assume Private Bunn was one of the unlucky ones close to the German Lines.


Private Bunn as mentioned in my earlier blog was repatriated as a prisoner of war to Chateau D'Oex in Switzerland. Below is a cheerful letter by Private Bunn from Switzerland published in the Hawera and Normanby Star on 16 April 1918. 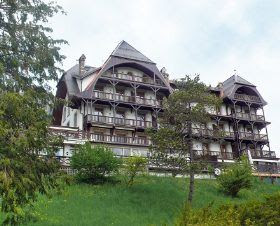 Today Hotel La Soldanelle is luxury holiday apartment complex.  For those prisoners of war who were interned there in World War One far away from the German Camps and the Front from where they had been captured it too may well have felt like luxury.