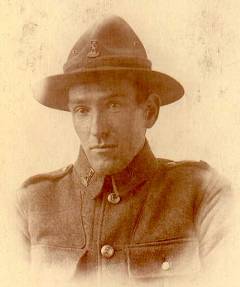 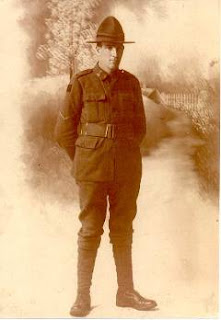 Thomas Henry Ryan was born on the 11 July 1890, before he enlisted he worked as a ploughman at Reporoa Station, Rotorua.

He embarked on the 9 October 1915 with A Company, 2nd Battalion of the New Zealand Rifle Brigade.  Looking at Thomas Ryan's military record he had a busy war being wounded three times, firstly on the 15 September 1916 with a gun shot wound (GSW) to the ankle.  He was back in the field on the 14 March 1918 and was wounded again on the 26 July 1918 with GSW to thigh and arm. Again he returned to the field on the 2 August 1918 and slightly wounded again on the 7 August 1918 but remained in the field.  Unfortunately Thomas he did not have 'nine lives' and was killed in action on the 1 October 1918 at Le Cateau he was 28 years old and he is buried in the Fifteen Ravine British Cemetery, Villers-Plouich, Nord, France.

On enlistment Thomas Ryan was a Private but was promoted throughout his service ending up as a Sergeant, despite being disciplined twice early on in his service for drunkenness.

Thomas is seems certainly had busy war it is unfortunate that after so many escapes from death he was finally killed in action so close to the the end of the war.
Posted by Helen Vail at 12:00 PM