We are lucky to have in our possession a photograph of officers of the 5th Wellington regiment who were part of the force which embarked to Samoa in August 1914.  My husband's great grandfather Captain R.L. Evatt is picture here sitting on the right end of the second row.

He had served in the Boer war where he contracted Malaria, which flared up again in Samoa.   He was invalided back to NZ in November 1914 and was discharged from active duty but eventually re-enlisted in 1916 and served on the Western Front. 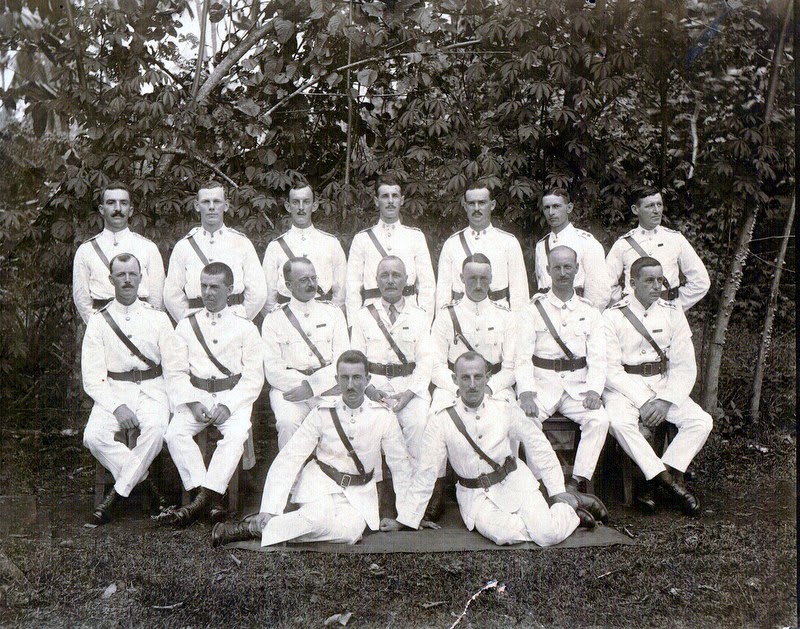 Email ThisBlogThis!Share to TwitterShare to FacebookShare to Pinterest
Labels: Samoa