I have looked at the religious murals on the back wall of the Mt Eden Methodist Church Hall on many occasions never really paying much attention to them.  However recently I was doing an exercise class in the hall and for some unknown reason was drawn to take a closer look.  Once up close I was interested to find that two of the murals had been dedicated to a local boy who had been killed at Passchendaele - naturally I decided to find out more. 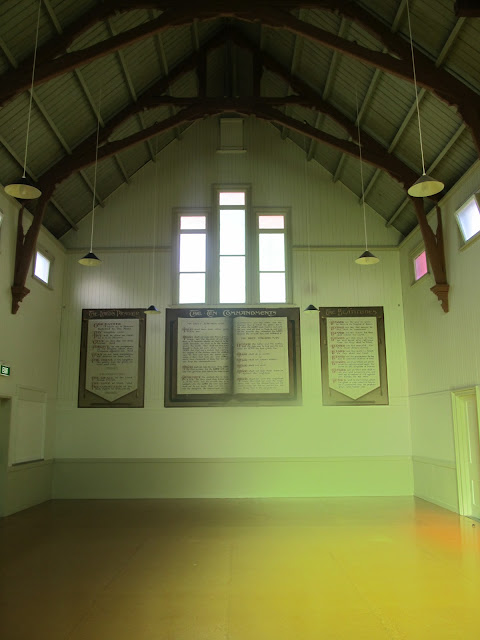 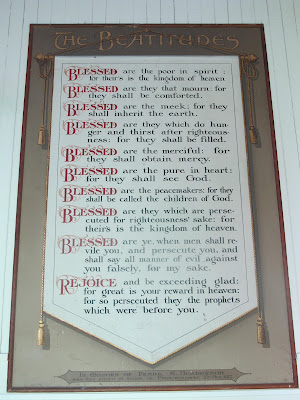 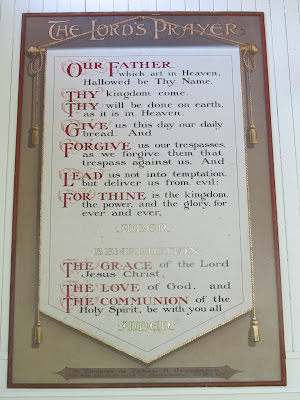 Frank Allan Henderson was the only son of John George and Annie Marie Henderson, of 17 Gordon Rd., Mount Eden (known as Ngauruhoe Street, today).  Prior to enlisting he was an architects assistant for the the firm of T.G. Price, Auckland with a promising future.

Frank embarked with the 23rd Reinforcements, Auckland Infantry Regiment, A Company on 14 March 1917 from Wellington.  After surviving the disastrous battle at Passchendaele on 12 October 1917 Frank was killed in action shortly after on 23 October 1917 ironically the same day the New Zealand troops were relieved by the Canadians.  Frank is remembered on then Tyne Cot Memorial in Belgium.

News of death would have been devastating for his family and I found several 'In memory' notices for Frank in the Auckland Star.  One of these notices a year after his death included the words of the first verse of 'O Valiant Hearts' a poem written by John Arkwright and put to music by Gustav Holst.  It was written in remembrance of those who fell during World War One and first published in 1919.  the Hymn is sung at many remembrance services today:

O valiant hearts who to your glory came
Through dust of conflict and through battle flame;
Tranquil you lie, your knightly virtue proved,
Your memory hallowed in the land you loved. 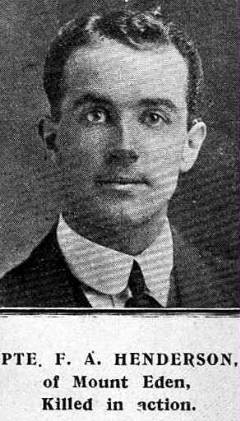 Frank's family had a close relationship with the Methodist Church in Mt Eden.  His father John George Henderson served for 12 years as the superintendent of the Sunday School at the Church on the corner of Mt Eden Road and Gordon Road (as it was then).  The Church Hall was built in 1910 and presumably the murals were added later after the war.  They are a lovely memorial to an only son in a place where the family would have visited regularly.  Frank had three sisters and it would be interesting to know if any of the their descendants live locally today.

We are lucky the murals still survive today  as a few years ago the church was under threat of removal.  If anyone has more information about the murals please contact me.
Posted by Helen Vail at 2:38 PM