William Buchanan was the only son of Archibald and Edith Buchanan of 27 Victoria Avenue, Remuera.  He was educated briefly at Clifton College, Bristol and then at Kings College, Auckland.  After school he headed to Sandhurst intent on a career in the Indian Army.  While there war broke out and William enlisted with the Connaught Rangers keen to do his bit and embarked for the war in France where he was badly wounded on 25 April 1915. He was then declared medically unfit for service however after recovering he was accepted into the Royal Flying Corps and obtained his pilot's licence on a Maurice Farman Biplane on 14 April 1916 he was only 21 years old. 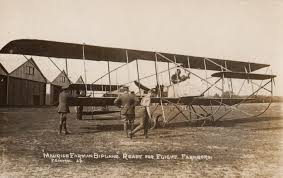 A few weeks before his 22nd birthday he was killed on active service as a result of a flying accident,  He is buried in Tidworth Military Cemetery, Wiltshire.
Posted by Helen Vail at 2:23 PM