Sapper Edgar Boucher born in Tauranga was the eldest son of Ernest and Anna Boucher and was educated at Kings College, he was also a member of the College Rifles.  At the outbreak of war in August 1914 he was employed as an assistant surveyor by Thomas McFarlane in Victoria Arcade, Auckland. He quickly volunteered his services leaving with the Samoan Advance Party on 15 August 1914 attached to the Signal Company.  Some months after arriving in Samoa he secured a position with the Goverment Survey Department as an assistant surveyor in January 1915.  Later when the call went up for volunteers for Gallipoli he returned to New Zealand and re-enlisted in October 1915 embarking with the 9th Reinforcements, New Zealand Engineers on 8 January 1916.

After Gallipoli in France, Edgar was wounded in the left leg on 25 July 1916 returning to his unit on 29 September 1916 once recovered.

On 12 October 1917 Edgar was laying cable under heavy shellfire at Passchendaele.  Like many other New Zealand men at the end of the battle he was missing.  A court of enquiry was held to determine his status in May 1918 which concluded he was killed in action.  One of the soldiers to give evidence at his enquiry was Sapper Norman H. McKenzie below is part of his statement taken from Boucher's military record:

"The last time I saw Sapper Boucher was when he was taking shelter from the shelling near Fleet cottage...I saw him crawl out of sight and if he remained he was certainly killed as the shelling was intense"


Edgar was 24 years old and is remember on the Tyne Cot Memorial, Tyne Cot Cemetery, Zonnebeke, West-Vlaanderen, Belgium with the many other New Zealander's who went missing on that fateful day. 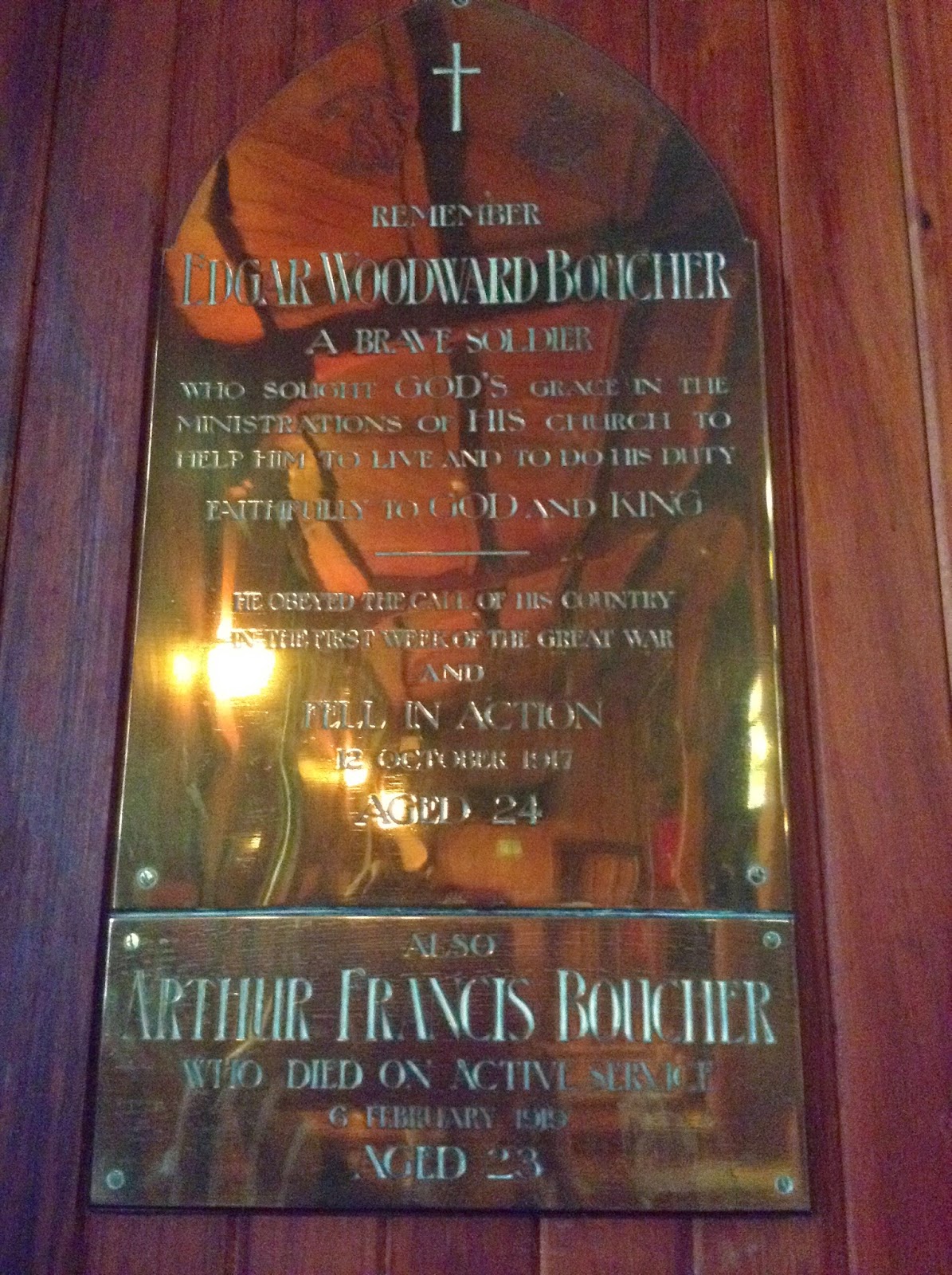