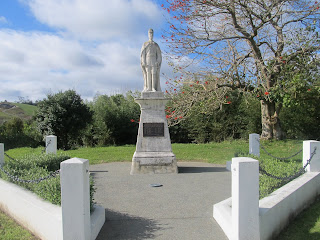 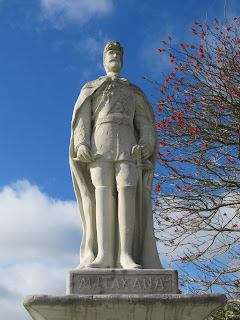 The Matakana memorial was unveiled on the 12 January 1919.   The statue on top is that of King George the V and was sculpted by W.H. Feldon a New Zealand sculptor.  The memorial was moved to its present position in 2007 after restoration due to the fact that it had been damaged by vandals.

Once again I would like to know who unveiled the memorial if anyone knows let me know.
Posted by Helen Vail at 11:12 AM